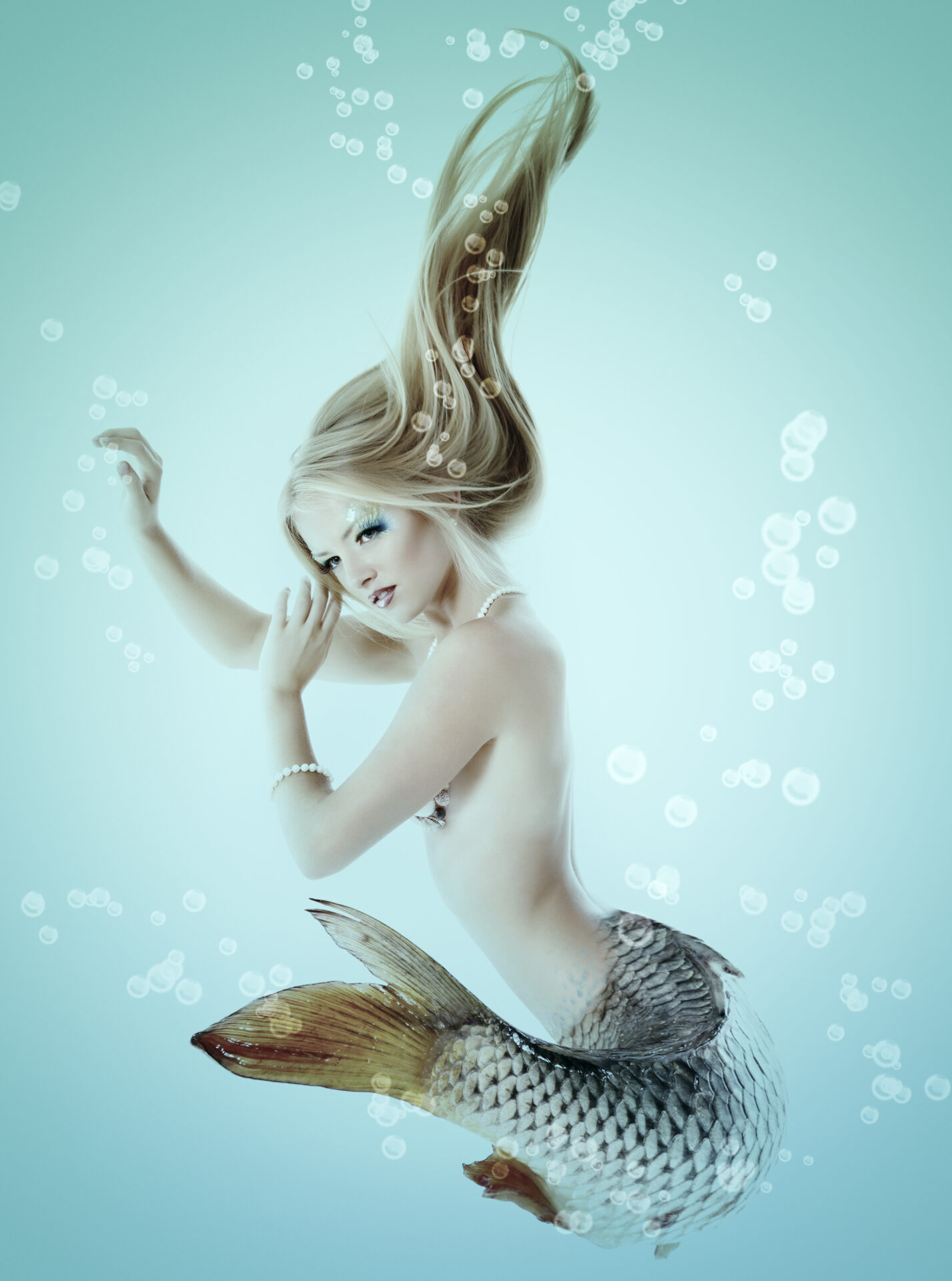 For centuries, humans have had an undeniable fascination with mermaids. From Greek mythology and contemporary mermaid fiction to TV shows and Disney movies, these mythical sea goddesses hold a place in human and cultural consciousness. While modern-day versions are beautiful and magical, mermaids have a rich history that includes depiction as everything from sirens and dangerous murderesses to magical symbols of rebirth and renewal. Read on to discover eight facts about mermaids that may surprise you.

1. Their Origin is Ancient

The earliest mermaid legends date back to Assyrian folklore in 1000 B.C. The ancient Syrians believed in Atargatis, a goddess of fertility who was also responsible for the protection and well-being of her people. After suffering a devastating broken heart, she dove into a lake wishing to transform into a fish. However, only her bottom half was transformed, making her half-woman, half-fish.

Mermaids weren’t always depicted as the beautiful, mythical creatures we see in pop culture. In ancient times, they were often mistaken for manatees, also known as “sea cows” for their unattractive looks. The idea of mermaids evolved in Greek mythology, where they were often depicted as sirens who used their captivating beauty and hypnotic singing voices to lure sailors to their death.

Much folklore states that a mermaid’s tail changes color, depending on her mood. This puts the little mood rings humans use to shame!

Mermaids have awesome superpowers! In much mermaid fiction, they are known for their telepathic gifts, psychic ability, hypnotic skills, and immortality.

6. Mermaids Were Once Bad Luck

British folklore considered a mermaid sighting to be a bad omen. Some sailors believed that their appearance meant that the voyage was headed for certain disaster. It was also believed that mermaids had the power to lure sailors off course, and sometimes, to their deaths.

7. Their Kisses Are Magical

According to much mermaid fiction and folklore, kissing a mermaid can give you the ability to breathe underwater. Would this mean that gills would magically appear on our body? We’re not sure but it’s definitely something to consider.

Christopher Columbus
The first documented account of a mermaid sighting was made by Columbus himself in 1493, near what is now the Dominican Republic. He claimed to see three “mermaids,” describing them as having “a masculine face” and “not half as beautiful as they are painted.” It is believed that the explorer mistook manatees for mermaids.

John Smith
John Smith, of Jamestown, who was famous for “rescuing” Pocahontas, reportedly sighted a mermaid in the West Indies in 1614.

Edward Teach, aka “Blackbeard”
Legend has it that the English pirate known as “Blackbeard” and his crew had chance encounters with mermaids while sailing around the West Indies. It is said that Blackbeard would steer clear of certain waters that he called ‘enchanted’ for fear of merfolk or mermaids.

Whether or not you believe in mermaids, it’s hard to deny their mystique and intrigue. There is always something fascination to discover about these mystical, magnificent creatures, in everything from mermaid fiction to ancient legends.