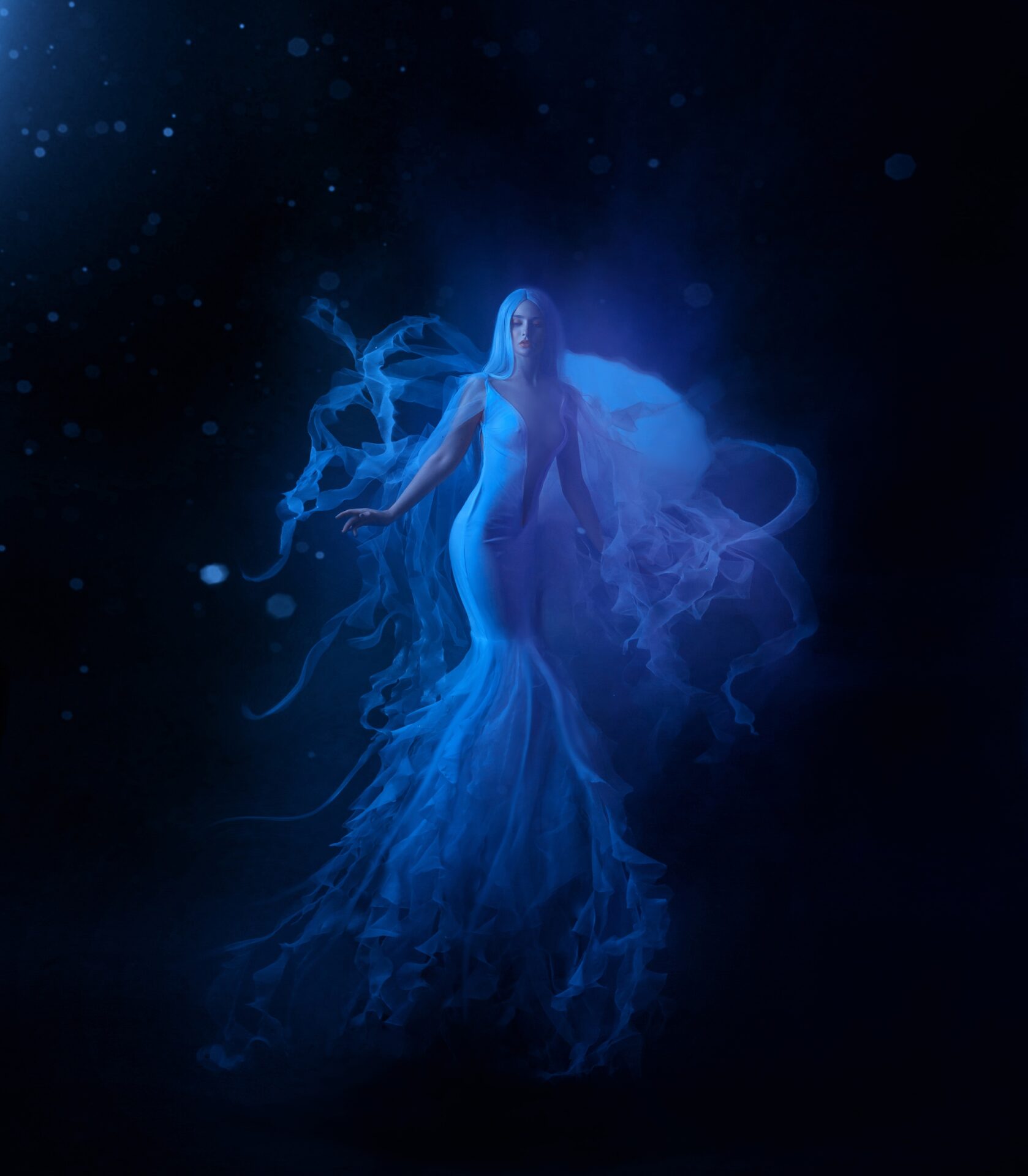 Poor Willow sunk into a funk after Rocco, the promised one, disappeared. Her hopes and beliefs shifted underneath her like wet sand. How could Yemayá, the Powerful Mother of The Sea, deliver her a savior only to leave her heartbroken and alone once more? Perhaps Mother Mermaid no longer loved her.

Now you might say that my grandmother’s faith in a mermaid was foolish. But try, if you will, to set aside your own religious prejudice and regard the structural blueprint of faith with an objective eye. My great-grandmother, Rebecca Pinder, believed in an invisible god, the Son of Man, while Willow put her faith in a naive, if somewhat charming, deification of the sea. Let’s not waste time here in debate over the superiority of one faith over another. The point is that each of my female forbears called upon a higher power to deliver her from evil; each believed in a promised savior. Imagine, therefore, the domino effect on Willow’s faith system when Rocco disappeared—that is key. The same germ of doubt that led Willow’s grandmother to risk her life at sea in the pursuit of religious freedom with the Eleutheran Adventurers (but that is a story for another day) now tested Willow’s conviction. This germ could corrupt any faith.

Reminders of the sea became anathema to the desolate girl. She exiled the shell-encrusted Willow Cross, along with a prodigious collection of seashells, to her trunk under the bed in her cousin’s attic. She stuffed her white clothing in the back of the wardrobe and wore only black. She cut off her long mermaid locks. Without her daily bath in the sea, she soon grew filthy. Shorn, dirty and sad, she shied away from people and no longer auditioned lovers beneath the docks. Why look any longer for the one?

Willow’s senses became more jumbled and she often mumbled to herself at great length. Even Thomas quit her and married a sensible girl. Through three long seasons she passed through the Shadow of the Valley of Death. Willow’s soul was in mourning, a fate worse than physical death. Without faith in Yemayá’s protection, Willow saw herself an empty shell cast about by hostile and chaotic forces.

When the weather cooled and tourists flooded Nassau Town, Willow retrieved her cross. She stole conch meat, lime and coconut from the kitchen and prepared the sacraments. One last time, the unhappy girl knelt in her room to beg the Sea Goddess for a sign that the promised one would return. For several hours she stared out of the alcove, watching the sun travel west. With quivering arms of pink and red, it struggled to hold onto the sky until Yemayá’s bright full moon commanded the night. With a timorous giggle, Willow collected her cross, the Sailors’ Valentine her mother had given her, and a collection of favorite shells, including a queen conch fashioned into a trumpet. She slipped unnoticed out of the house and made her way to the harbor.

A wide swath of moonlight laddered iridescent across the channel between Nassau and Hogg’s Island. Willow had often seen the Great Lady riding those silvery steps on the back of a dolphin. Now she held the conch to her lips and called to Yemayá for help. A short toot, followed by a long blast. Blwo! Blwoooo! Come! Come to me!

With a heavy heart she scanned the moonlit night for a sign of her goddess, but only the gentle lapping of waves against the dock pilings reached her. Once more she blew the conch trumpet. Still, silence swallowed the remains of her dream. It was all for nothing.

Life, Willow decided, was no longer worth living.

She tied the heavy sack of shells to her ankle and inched to the edge of the dock. With one last blast, she signaled her farewell. Blwoooooooo! A long, mournful sound filled the harbor and then a splash, as Willow tossed the queen of shells into the inky water.

Willow leaned forward, poised to dive, with a serene smile of acceptance on her lips, when she heard an unforgettable voice.

Her head jerked towards a forty-foot motorboat. She thought she saw someone in the shadows, a husky man. And then he stepped into the pearly light.

Him come! Her savior is here! The Sea Goddess lives!

Rocco ran down the wharf and gathered her in his arms. “For so many nights I’ve dreamt of this moment.” His voice cracked. Hail-Mary-thou-art-full-of-grace. “Come away with me, my love. Will you marry me?”

With the saddest of eyes, she agreed. “Yes.”

He hurried Willow toward the sleek boat—Jimmy had owed him that much for keeping his trap shut. Clutching the treasure trove of shells, she climbed aboard and, as Rocco cast off, said goodbye to despair. They motored out of the quiet harbor and headed forty-five miles east toward the tip of Florida.

With the wind in their faces, Rocco cuddled Willow under his arm. Their reunion had confirmed each of their faiths.

“From now on, baby, it’s you and me,” he said. “Whatever you want—the sun, the moon and—he spread his arms magnanimously—the sea, you got it.”

And that was exactly what she wanted. She buried her head on his chest and wept with joy. Never would she doubt again.

“There, there.” He patted her shoulder, hoping she’d come to trust him. “You’ll see—it’ll be swell.”

He’d be a gentle lover. On that score, he knew he’d be the first. How proud his sainted Ma would be to see his beautiful virgin bride. He rubbed his hand over his intended’s cropped hair. His teacup looked frail, as if she had been the one to suffer in prison all these months. A steady meal of pasta and she’d fatten up good.

“Go below and rest, dear. In the morning, I’ll show you your new home.”

Willow nodded. The fight for her soul had taken a toll. As she lay down in the cabin, the speeding boat rocked her to sleep with these words: You are saved, you are saved.