The Mermaid Chronicles: A Mermaid’s Education 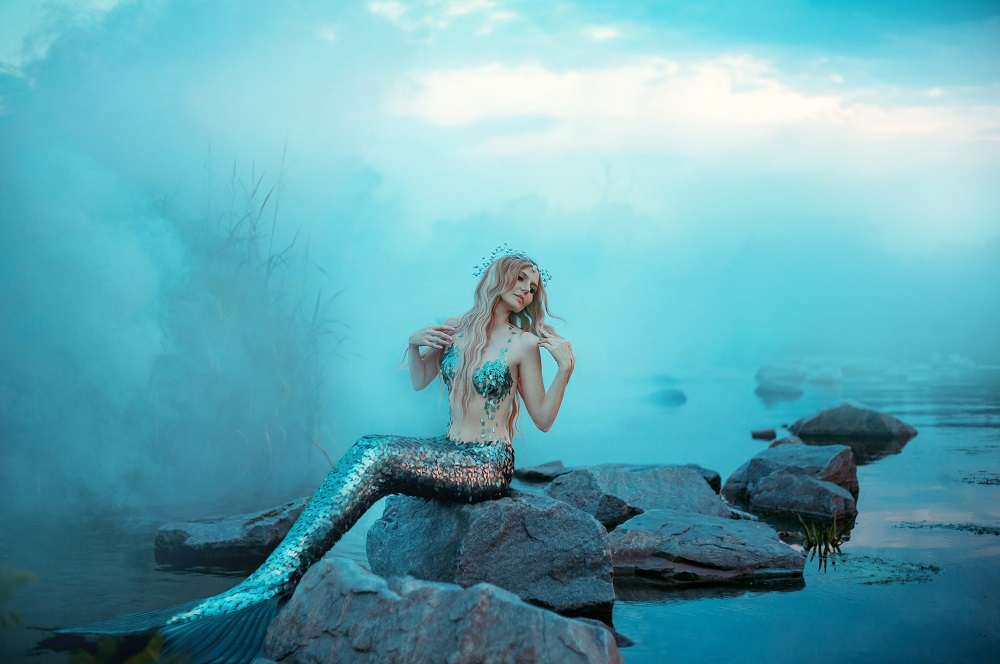 The Mermaid Chronicles: A Mermaid’s Education

When my grandmother Willow was three years old, her mother Rebecca chose Fearless Neely, a young mild-mannered Bahamian girl, to look after her strange daughter. Willow’s mixed up reactions to the simplest stimulus grew more pronounced each year, or satanic, as Rebecca saw it, until she could no longer abide the sight of her.

“Do as you will, Fearless,” Rebecca told her. “Simply do not bother me.”

Fearless and her charge left by early light to travel the island each morning. They roamed the pink beaches where Willow decorated herself with gifts from the sea. When they returned to the Pinder residence along Queen’s Highway under the cover of darkness, the girls would find a plate of leftovers though Willow would have scoffed at the suggestion of neglect. Unfettered from the tension at home, she grew as wild and free as the brightly colored hibiscus plants that dotted the hills.

To her, life was a cornucopia of startlingly vivid impressions, perhaps how an alien might feel on planet earth, or a mermaid on dry land. Hearing the roar of the ocean, she tasted an unbearable sweetness in her mouth; a soft breeze against her skin or the grainy feel of wet sand produced an erratic drumming in her ears; the taste of fresh pineapple brought on the smell of feces. She rarely spoke as the effort produced a bitter lemon taste in her mouth. When she did, however, those who heard assumed she was sweetly singing.

One day, at the age of four, along the beach near Preacher’s Cave, the rainbow shimmer of the surf attracted her until she toppled into the water. To her amazement, everything seemed backwards in that watery cocoon but somehow just right. Rather, here in her natural element, her Synesthesia Disorder abated and the sensory pathways in her brain sent impulses to the rightfully designated receptors. Enchanted by such fun-house impressions, she was prone to throw herself into the sea at any moment. Fearless, understanding Willow’s true aquatic nature, rested in the shade of a tall Pigeon Plum tree, eating its small, bright red fruit, while she waited for her charge.

Willow anchored herself with a rope to the same coral reef upon which her great ancestors’ ships had crashed. With her long wavy hair flowing like seaweed round her shiny green eyes, her pale skin blending into the soft pink sand, she merged into the surroundings and never suffered a fish attack. This was her playground. It was not uncommon to see her ride across the bay holding fast to the dorsal fin of a porpoise.

In the fast-moving theatre of the sea, Willow learned of life’s interconnectedness from the lowly spiny urchin that kept the coral reefs algae-free to the great sharks that patrolled the waters. Here, life was nurturing, purposeful and free to follow its natural impulses. If she had been able to voice her philosophy she might have said: Swim happily and when you die, the Sea Mother will take you into her great arms from where you once sprang.

While Rebecca kept her three other daughters chaste, she would have been appalled to discover the extent of Willow’s sexual education. The spiny lobster was Willow’s first tutor. Hidden among a bed of turtle grass, she watched the unattractive lobster turn its unwieldy casing into a tool of enchantment. Rubbing the edge of its antennae between its eyes, it produced a tapping sound similar to the hand bells that local girls played. The snappy love call drove the male lobsters insane. A dozen at a time fought for her claw. Thus, Willow learned: males are easily attracted, regardless of the female’s beauty, if the female clearly signals her readiness.

On the other hand, Willow noted the brown pelican’s curious lack of mating call. What did this greedy, odd-shaped creature have to offer? To her surprise, the clever bird’s peculiar flapping dance won over a female. And so, another lesson: use your natural attributes to their best advantage.

Willow regarded her favorite, the bottle-nosed dolphin, the helpmate of the Great Sea Lady, as a sort of aquatic man. With its playful rubbing against other dolphins and, sometimes against her small frame, its showy leaps and lusty appetite, it was easy to see that sex was fun: be playful so you and your mate will enjoy each other.

The natural world taught Willow that procreation was casual, as predictable as eating supper. Her poor people, always sad, never playful, hadn’t learned anything from the sea! At Sunday Morning church services, which Rebecca insisted Willow and Fearless attend, the people’s gloom was most apparent. Poor Willow dreaded the dim light of the claustrophobic sanctuary, so different than her own sun-splashed, watery temple. Her body trembled as the minister told tales of their dangerous God, as fearsome as a predatory octopus that eats its mate. Willow soon took to wearing white, the color of the Sea Goddess Yemayá, whom Fearless’ people spoke of, and a shell necklace to ward off the Octopus Followers.

And on Sunday afternoons, heartsick over the people’s ignorance, my grandmother repaired to the sea. Stripped naked, she rubbed her body from head to toe with sand until her skin glowed. Then she jumped into the ocean with a wild yell.