My Mother, My Self. Really? 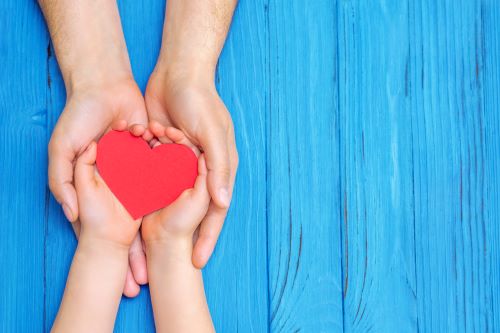 My Mother, My Self. Really?

By the time I was married to an artsy filmmaker and had two children, I was confident I was living the life I had dreamed of as a young girl. I had moved from my hometown in Coral Gables, Florida to Los Angeles. I was pursuing an artistic career as a writer and actress in independent films. Long ago, I had traded my conservative upbringing for more liberal principles and a daily meditation practice rooted in Eastern philosophy. I had created a life of my own making.

During a period of self-inquiry—to be honest, my interior process never stops—I read Nancy Friday’s bestseller, My Mother, My Self, the Daughter’s Search for Identity. No doubt the information was valuable, for other women. It did not apply to me. I had not “become” my mother in any way shape or form. As much as I loved her, I had never wanted her life. I was my own person, living a life far from anyone’s expectations.

How wrong I was. How smug my delusion.

Soon afterwards, while chatting with my mother as we watched the sun set over the Gulf of Mexico, the truth struck me hard: I was exactly like her. Just like the soft-bodied mollusk that grows or adopts a seashell as its outer home, my life might have appeared different on the outside, yet inside, the similarities were inescapable. How could I have missed it?

Like me, my mother had a strict upbringing, and married outside her culture. When my father refused to convert to Catholicism, she joined a protestant church and they moved from the Northeast to Florida. She fulfilled traditional roles as a wife and mother while also devoting time to her spiritual studies and running a music program.

As I continued to reflect upon our shared patterns, I became curious about my maternal grandmother’s history. When she was in her nineties, I arrived at her doorstop with a tape recorder, eager to hear her story. She married an Italian man from outside of the community who had come east to pursue a career in opera. Eventually, he set aside his dreams to support his family. My grandmother moved from her father’s mansion to a nearby row house where she raised two kids. She became the head principal of a local school, an unheard-of achievement for a woman at that time. She also played and taught the piano. She may have only moved a few streets away, but her life had taken a drastic turn from her early circumstances.

In my scant memories of my maternal great-grandmother, she appears as a forbidding woman. Just like for her daughter and her granddaughter, as well as me, life carried her far from where she started. As a young woman she crossed the Atlantic Ocean to marry a successful businessman in Philadelphia, a far cry from her early life in Italy. When my grandmother related her mother’s disappointment over her marriage, I was stunned to see the similarities between my mother’s marriage and my own.

Had we unknowingly followed a hidden script? Had we ever possessed true authorship of our destinies? As I looked with a more open mind beyond the details of our lives, I detected repeated emotional patterns, as if the facts provided changeable window-dressing to a larger scheme that remained constant.

Like the women in my line, I had moved far away from home, and married a man outside our circle. Like my father, my husband was “difficult,” though each would have laughed at the comparison. The way in which we, as wives, responded to our husbands’ high maintenance behavior was essentially the same; we put them first. I was an equally devoted mother who made sure the household ran like clockwork, to the point of self-sacrifice. Even our priorities or hobbies resonated: we each had maintained a strong spiritual practice while also nurturing or pursuing artistic yearnings.

Of course, the myriad differences between us were too numerous to list, mostly a result of the era. However, I now saw a running thread that connected my great-grandmother to her daughter to my mother and down to me, despite my former insistence of being my own person. My new awareness of the unconscious transfer of emotional patterns between mother and daughter gave birth to a sprawling fictional tale. My personal history and the emotional patterns that connected my maternal line provided inspiration, rather than details, for the story. If I had understood the scope of the novel, the overwhelming reach and time invested might have given me pause. Instead, I began one page at a time to craft Valentine to Faith.

My protagonist, Angel del Corazón, is a single mother who shares a good life with her teenage daughter, Faith, even if it’s based upon a lie. Angel believes her sacrifices will pay off when her daughter sails off to college, thereby changing the bedeviled family pattern of loss and longing. When Faith falls for an abusive man, unknowingly repeating the mistakes her mother, as well as her grandmother, have made, Angel questions her decision to hide the past. To win back her daughter’s trust, she must divulge her secrets, and in the process, open her heart or risk losing the man she loves.

Many times, afraid I could not do justice to the grand theme, I quit the manuscript. Months or even years later, the characters, who had taken up residence in the writer’s room in my head, would tap their heels and nag. Come play, what happens next? I answered the call until, at last, I had reached the end, as well as a better understanding of my mother and myself.

Perhaps I wrote Valentine to Faith for my daughter or the daughter who she may have one day. I only know that when the book entered the world, I felt a sense of peace along with immense gratitude for my female ancestors’ courage in the face of hidden emotional obstacles. As the inscription to the novel reads: For my mother and all the women who came before her.