The Origin of Mermaids 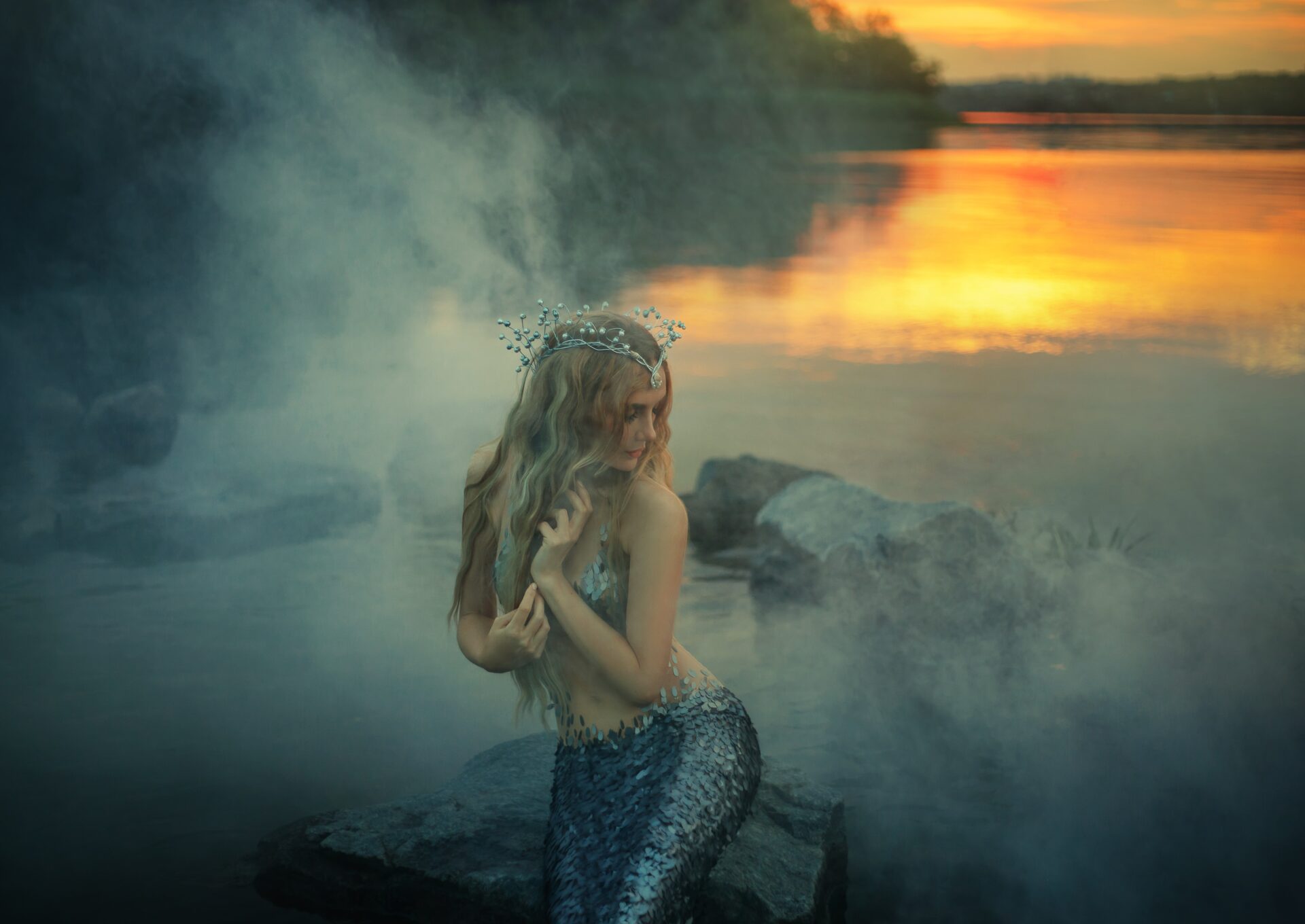 The Origin of Mermaids

Mermaids have fascinated children and adults alike for centuries. These mysterious creatures are the subject of legends, folklore and even contemporary books and films. To this day, modern religions including Hinduism and Candomble worship these half-woman, half-fish entities as deities and goddesses.

Where does the legend of mermaids come from and did they really exist?

While images of mermaids appeared in cave paintings dating back to the late Paleolithic era, also known as the Stone Age, Greek mythology claimed that the first mermaid was Atargatis. She was the beautiful Assyrian fertility goddess of earth and water, and the mother of Queen Semiramis.

In 1000 B.C., Atargatis was believed to have accidentally killed her mortal lover. Brokenhearted and ashamed, she dove into a lake to commit suicide. But she didn’t die—instead the bottom half of her body transformed into a fishtail and she became “half-fish”. Atargatis remained human above the waist and retained her divine beauty, making her the subject of worship for years to come.

Several other cultures have very similar stories, from Mami Wata of Africa and Lasiren of the Caribbean to Thessalonike of Macedon, sister of Alexander the Great.

In the first century A.D., Roman author and philosopher Pliny the Elder tried to legitimize these human-fish-hybrids in his life’s work, Natural History. In these volumes that served as scientific gospel for centuries for hundreds of years, he described mermans and mermaids as ugly, malicious creatures with rough bodies covered entirely in scales. Pliny cited writings from Legatus of Gaul to Emperor Augustus that claimed he found a “considerable number” of mermaids “dead upon the sea-shore.” In the same “scientific” text, Pliny refers to “sea-men” who “climb up into ships” at night.

In later centuries, other notable humans claimed to see these magical creatures firsthand. One such sighting was logged by Christopher Columbus in 1493, after famously sailing from Spain in search of a western trade route to Asia. Columbus wrote of seeing three mermaids “not half as beautiful as they are painted.” In fact, he claimed they had the faces of men.

In 1608, explorer Henry Hudson, who discovered the Hudson Bay, noted in his logbook that several crewmembers spotted a mermaid during their expedition of the Northwest Passage. She was described as having white skin, long black hair and a “tail like that of porpoise and speckled like a mackerel.” Hudson wrote that she swam close to the side of the ship and looked up at the men as a second mermaid swam nearby.

In 1614, John Smith, the English colonist and Colonel who helped settle Jamestown before Pocahontas saved him, claimed to see a mermaid off the coast of Newfoundland. Smith wrote that “her long green hair imparted to her an original character that was by no means unattractive.”

In the eighteenth century, it was widely believed that mermaids frequented the seas near the Dutch East Indies. In 1727, Francois Valentijn reported in the East Indies publication, Natural History of Amboina, that a “monster resembling a siren” was captured on the coast of Borneo. He included a drawing by Samuel Fallours, official painter of the Dutch East India Company, that depicted exotic biodiversity discovered around the islands, including an enchanting mermaid.

Are mermaids real? Do these historical sightings confirm the existence of these half-human, half-aquatic creatures? Unfortunately, there is no real evidence proving that mermaids exist. It’s highly possible that many of these sightings, especially the “ugly” creatures reported by Columbus, were manatees.

While the mermaid does not exist in modern day—we would probably see them on Instagram if they did—these legendary sea creatures live on through art, literature and film.