The Mermaid Chronicles: A Mermaid in Love 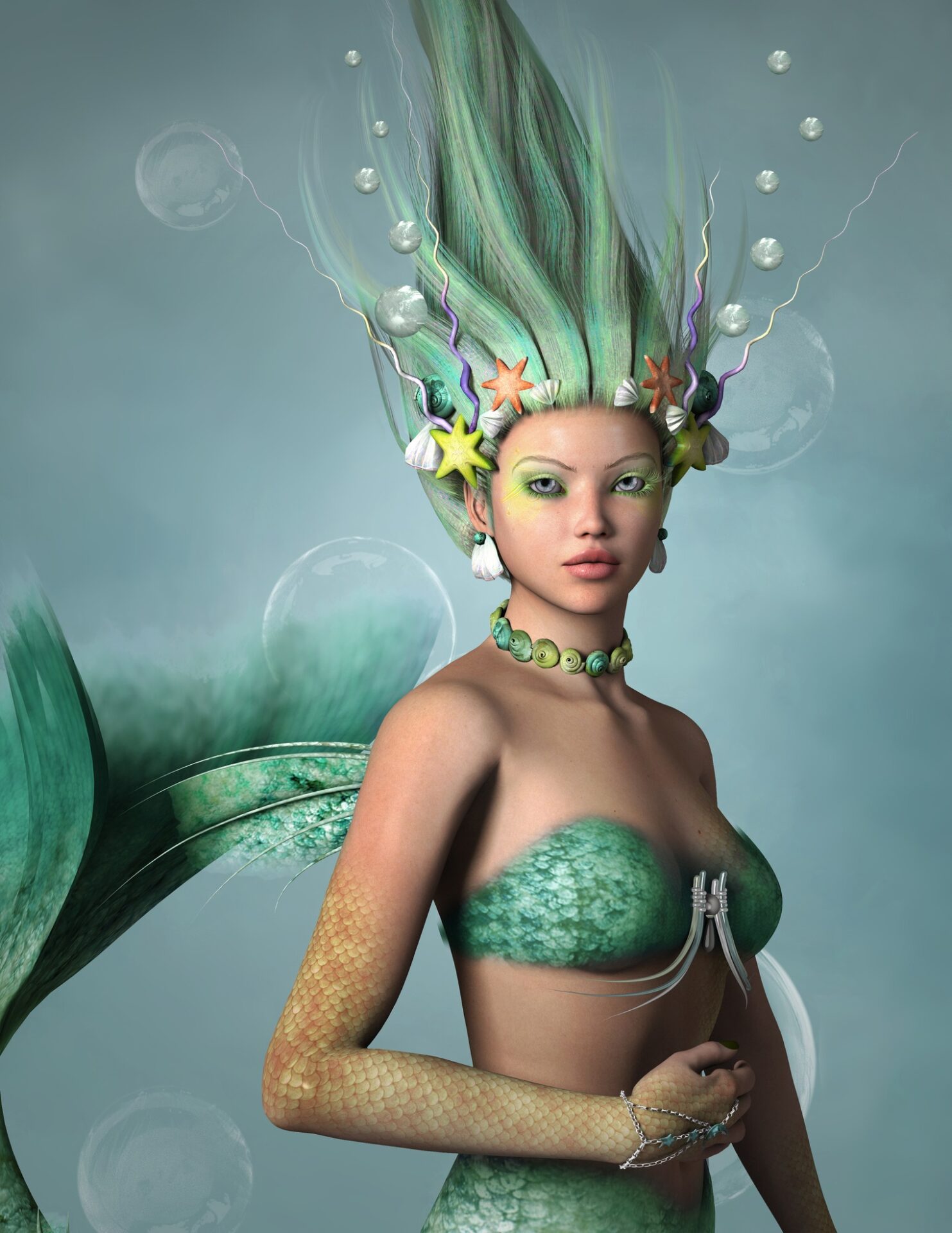 The Mermaid Chronicles: A Mermaid in Love

On a sunny morning in December 1932, Captain Robert Porecca walked from his cabin onto the gleaming teak deck aboard the Stella Maris, a sleek, seventy-five foot yacht, and lit a cigarette. A small wave rocked the boat in its berth at Prince George Wharf; sunlight winked off the brass fittings. Captain Porecca tugged his white jacket over his burly figure and with a mixture of dread and satisfaction surveyed Nassau Harbor. The scruffy tugboat tied up along the wharf didn’t fool him. Coppers. He could smell ‘em a mile away. Did they suspect he had hundreds of bottles of hooch hidden under a false deck? Ah, but not on a classy rig like this beaut. That’s what he’d told his boss Jimmy, go classy, and wasn’t he right? The coppers wouldn’t catch Big Rocco, as his rum-running buddies called him.

Jesus, Mary and Joseph, it was stinking hot even in winter. He hung his jacket on a teak chair and as he rolled up his shirtsleeves, revealed an elaborate mermaid tattoo on his right forearm. Underneath it read, Our Lady of Regla. Whenever he tightened his arm, the mermaid’s ample bosom rose and fell as if a lovesick sigh had escaped her.

But how long would his luck hold? Thanks to a funny feeling in his gut, he’d skipped the last drop-off and run up the coast instead or he’d be sitting in the can now. Next time he might not be so lucky. Face it—he was living on borrowed time. Why, he had a pile of dough stashed at a little hideout in Key West, even bought Ma a stained glass window at St. Mary’s, the standard admission ticket to heaven. What was he waiting for? That’s it, this was his last run. Then, no fooling, he’d make good.

The least he could do was buy Ma one of them straw doodads she liked. He tossed the cigarette butt overboard and headed into the cacophonous covered straw market along Bay Street. There, that purse with the shells will do. Ma likes shells. As Rocco reached for my grandmother Willow’s handiwork, his mermaid tattoo rippled over his muscles. A beautiful girl appeared beside him and gasped.

She touched his arm and cried out, “The Lady,” before she fainted at his feet.

Sweet Jesus and all the saints! Rocco bent by Willow’s side. “Miss! Are you all right, Miss?”

Ivy knowingly eyed her friends in nearby stalls. Him come!

She handed Rocco a glass of sweet coconut milk. “Guh on,” she said. “Dat helpin’ her.”

Rocco cradled the girl in his arms as he touched the glass to her pale lips. What a beaut she was. He cooed in her ear. “Come on, pretty little thing, take a sip.”

Overcome, Willow hovered outside of herself, unable to move. In a glowing vision the Mother of the Sea placed a garland of shells around Rocco’s neck. He is the one.

“Willow be all right, Man.”

“Willow?” When he tapped her cheek, she pursed her mouth.

He could have sworn she wanted a kiss. But what kind of louse was he having dirty thoughts? What had he done to this precious soul? Damn it, he was a bull in a china shop. He would never forgive himself if he’d hurt this delicate teacup. If only he could protect her from the evil ways of the world. Tears of regret for a lifetime of wrongdoing sprung forth and, as they mixed with the brisk cologne of Bay Rum, rolled down onto Willow’s waiting lips. The perfumed salty drops brought her back to her senses with a rush. She looked up at Rocco, her savior, at last, and cried real tears of joy. In fact, the shock of finding the promised one brought a normal if temporary alignment to her upside-down faculties.

Under her spell, he bent to kiss her. For the first time in her life, love not lust controlled Willow and she gave him a chaste peck on the check. She rose to her feet and offered her hand, as she had seen society girls do.

“Willow Pinder,” she said, in a stilted manner. “I’m pleased to make your acquaintance.”

Rocco clasped her soft hand. Her straightforward, simple nature appealed to Rocco. Just like a girl back home. Ma would approve.

“Captain Robert Porreca. My friends call me Rocco.” With equal directness, he declared, “I want to marry you, Willow.”

“Yes? You mean you accept?”

She lowered her gaze and spoke softly. “I’ve been waiting for you.”

Mother Mary, a miracle. “I’ll take good care of you, I swear, I mean, I promise I will.”

As Rocco pulled her hand towards his lips, a wild yell distracted the destined couple. In a wild craze, Thomas burst onto the scene and snatched Willow’s hand.

“Stay away from her or I’ll kill you,” Thomas cried.

He dragged his cousin through the market, her nervous laughter trailing after them. She bit his hand as he shoved her into a waiting buggy that sped them away.

Damn-it-hail-Mary-for-thou-art-full-of-grace. Rocco felt like a boy caught with his shorts down. The girl had an uncanny effect on him. He should leave, sail home and get on with his new life. But passion took its course. My little teacup! He darted in and out of the narrow pathways in search of his new love but she was gone.

Potent jealousy had turned Thomas into a dangerous man. As he carried Willow to his mother’s attic, she pulled at his clothes and ripped his hair.

“You’ll never see him again,” he said, locking her inside.

Lovesick Rocco hung around town for two days, hoping for a sign of his beloved.

He didn’t want to leave her behind, but what could he do? He had to make the drop or Jimmy would put a contract out on him. No matter what it took, he swore he’d return for his sweet gal.

Several days later, the Stella Maris passed within the three-mile limit off of New Jersey when a Coast Guard cutter intercepted its path. An anonymous telegram from Nassau Island had alerted the feds to the criminal nature of the Stella Maris. Rocco’s class act had not fooled Thomas who had spied on him while Rocco waited for Willow to reappear.

Rocco worked his rosary beads as fast as an old woman’s knitting needles. HailMary-for-thou-art-full-of grace. He’d fly straight; he’d never sin again. But it was no use. The lousy judge sentenced him to nine months in the penitentiary. Poor Ma died of shame. From the moment the prison doors clanged shut, to the day Jimmy’s driver picked Rocco up on the outside, he prayed to the Virgin Mother: Please keep my delicate teacup safe. Soon as I quit the joint, I’ll marry the sweet thing and make good.