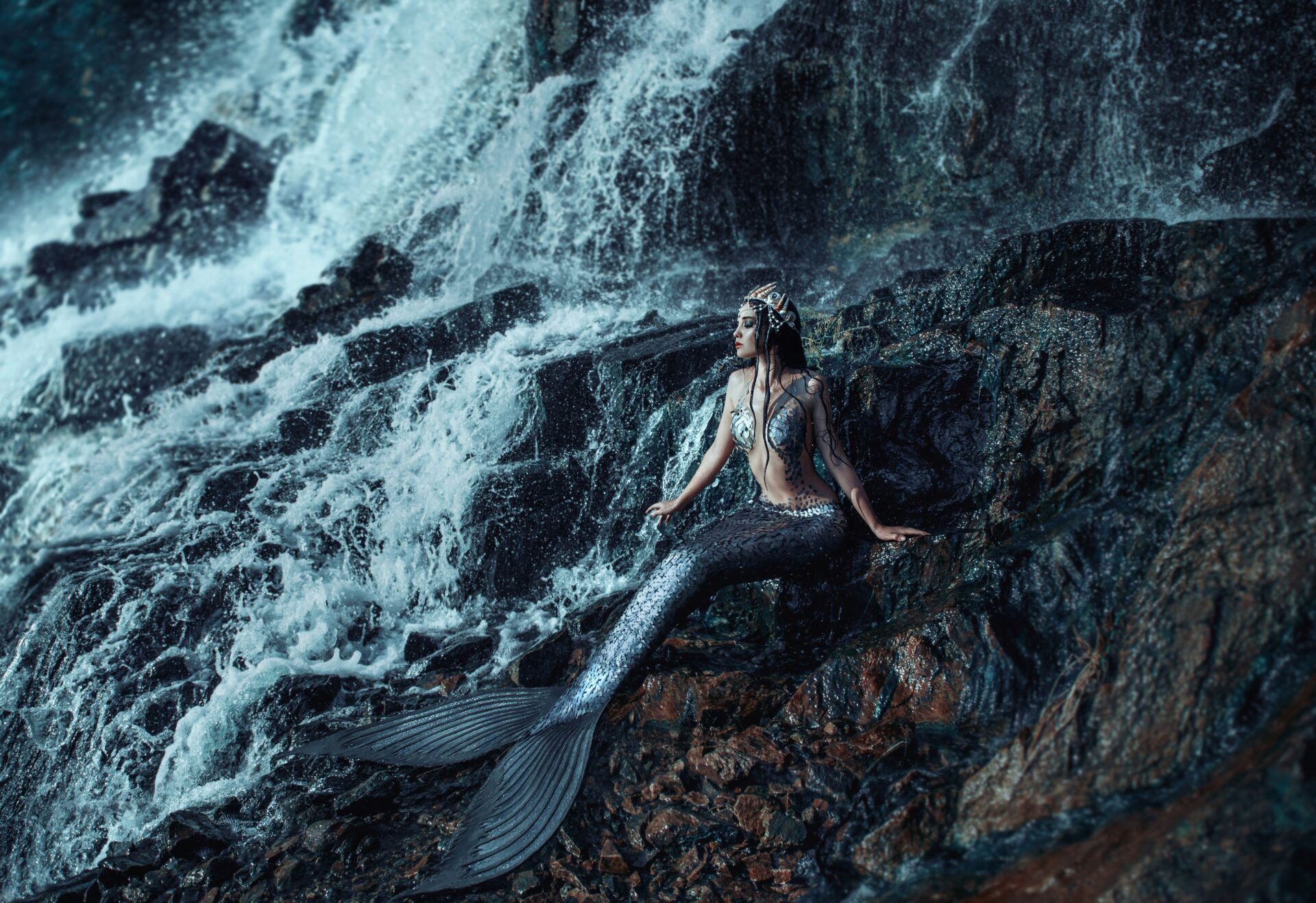 Rocco and Willow landed in Key West, the southernmost point of the continental United States. My grandmother was seventeen years old in the winter of 1927 when she stepped onto the porch of her pretty new home. It was a “gingerbread house,” and in those days, families designed the woodwork trim that, according to unwritten law, was not to be copied. With a nod to his past—and a reminder to make good on his bargain with Mother Mary—Rocco had a special trim made of liquor bottles.

Suddenly, Willow turned and raced into the house. Rocco ran after her. Sweet Mary and Joseph, what if it wasn’t good enough for his teacup?

He found her staring peacefully out the living room window. From there she had a view of a quaint provincial place, not unlike her childhood home in Gregory Town. Happy to be rid of the urban landscape of Nassau, she sobbed uncontrollably.

The curious Spaniards named Key West, or Cayo Hueso, Island of Bones, for the sacrificial piles of bones the Calusa Indians left there. The coral island isn’t more than a pile of rock. Barely four miles long and one mile wide, the Gulf of Mexico lies on one side and on the other, the Atlantic Ocean. Willow had a peek of crystal clear waters on the Atlantic side. Here, she was free once more to roam the domain of her goddess, Yemayá, queen of the sea.

Full of gratitude, she covered the tattoo on her fiancée’s arm with kisses and tears. Then, with the same abruptness, she fled to the ocean’s edge with Rocco in pursuit and threw herself in the warm ocean. As she splashed and played, a blissful peace filled her soul.

She was on odd one all right, Rocco realized. And yet, so much beauty could never be normal. Good thing he’d saved little teacup. He congratulated himself on living a Life of Good.

The following day he took his fiancé to Saint Mary Star of the Sea on Windsor Lane, a High Victorian Gothic Catholic Church constructed of native coral rock. Upon entering, she frowned in appreciation of the stunning stained glass window above the main altar, which depicted Our Lady, Star of the Sea. Willow now understood that the goddess her husband-to-be worshipped, Mother Mary, and her very own, the Sea Goddess, were one and the same. When Father Friend placed an official document in front of Willow avowing her conversion to the Catholic faith, she signed it without hesitation. At that moment, dozens, perhaps hundreds, of my Protestant ancestors stomped their feet and shook the floors of heaven in protest.

A small private wedding followed with a few helpful church members standing in as witnesses. In a simple white dress and crown of shells, Willow married Rocco though, in her mind, the Great Lady had joined them long ago. Later, the happy couple celebrated with baked oysters and champagne at Pepe’s Restaurant. The groom leaned across the table and touched his bride’s hand.

Willow sensed danger coming though she couldn’t say why. She simply giggled coquettishly. When Rocco carried her over the threshold and onto the big, brass bed he had shipped south, he reassured her again.

Now that Willow had found her savior, she had little interest in mating. Rocco mistook her disinterest for shyness, which swelled his heart with tenderness. He wooed her with kisses, whispering his profound and undying love. With adoration that equaled the Virgin Mother’s embrace of baby Jesus, Rocco gathered Willow and undid her bridal dress with the reverent attention he paid at communion. Such a meek, beautiful soul—he was making love with an angel.

Willow gave in to his advances if for no other reason than to hear Yemayá sing to her once more. The dutiful wife spread her legs, as she had done with all the others, and rocked her hips in invitation. Whether Rocco credited her burst of excitement to his charms or a blessed miracle, I couldn’t say. He entered her with the smug confidence of a missionary passing through the Pearly Gates.

Guileless and eager, Willow writhed and jostled as the fish had taught her but no enchanting sounds echoed in her head. Instead, she perceived a splintering crash like a ship run aground.

Mid-orgasm, the shocking realization of his bride’s lack of virginity seized Rocco. Jesus, Mary and Joseph! She ain’t no teacup! He was tricked—she didn’t need no saving. Long months of waiting and planning and dreaming of his beloved, for what?

As his misbegotten dreams shattered, he fell upon Willow with a wild scream. “Jesus Christ! You’re nothing but a two-bit whore! Do you deny it?” He pinned her shoulders against the brass bars. “How many others have there been?”

“I was looking for you,” she said, laughing hysterically. “They weren’t the one.”

“You bitch!” His words streamed toward her like the purple-ink jet of an angry octopus. Blinded by the thick color, Willow curled into a ball.

“How dare you take the name of Mother Mary.”

With a disgusted grunt, he spit at her. Under attack, Willow did what any fish would do. She bit him. For a moment, they stared at each other, each wondering how such grand deception had occurred.

Willow had done nothing unnatural. Yet her husband was furious, as her father had once been. Were all men so brutal? She ran away with peals of laughter. At the seashore, she buried herself in the sand, too exhausted to swim.

Rocco stumbled out of the house and ran to the docks. He never should have married a non-Catholic; he shouldn’t have run hooch, either; should have quit and gone to seminary school, made good on his life. Mother Mary punished the greedy. Well, he’d been punished, hadn’t he? Marrying a no good floozy. Goddamn it! Hail-Mary-for-thou-art-full-of-grace.

He boarded one of Jimmy’s vessels. The captain took one look and handed him a coffee mug with a shot of whisky.

Rocco swilled back the liquor and slammed down the cup. “Why not?” He would need the dough to start over.

As they headed out the channel, Rocco watched the island disappear through bleary, drunken eyes. He hadn’t saved a soul.

Off the coast of the Carolinas, a tropical storm mushroomed into a category-five hurricane. By dawn, it ran smack into Rocco’s path, destroying his vessel. Tossed into the choppy sea, he cursed his fate. As saltwater filled his lungs and he sunk into a watery grave, he wished he’d listened to himself. Hadn’t he known all along there was something wrong with Willow? You could see the devil in her eyes—she’d bewitched him. Damn it! Hail-Mary-for-thou-art-full-of-grace.

Once again, Rocco disappeared from Willow’s life. She blew her conch shell at the shore, begging the Sea Goddess to return him. She knelt in a pew at St. Mary’s, praying for Mother Mary’s help. Each day she repeated her ritual between church and sea. Weeks passed yet she remained alone.

One afternoon the soft glow of church candlelight lulled Willow into a trance. Mother Mary appeared before her dressed as the Sea Goddess with a shell necklace over her naked breast and glittering fish scales on her legs. In her arms she carried Rocco’s dead body into the sea. He was gone forever. The Lady dove into the water and when she reappeared, her mermaid’s tale flipped behind her. Fear not, my child. Devote your life to me and I will send someone else to care for you.

The next morning when Willow awoke, she threw up. Once more, the Great Lady spoke to her. A baby is coming. Praise me and your daughter will be a good child.

From that moment on, Willow gave Mother Mary a permanent place in her curious mix of religious worship. Like three parts of a pie, Mary, Jesus and Yemayá, formed a single deity to which she devoted her life. Aided by a tidy sum of cash she discovered beneath the floorboards, she spent her pregnancy in worship and solitude.

On March 29, 1928, one of the charitable ladies from the Key West chapter of Catholic Daughters of The Americas arrived with a midwife to deliver Willow’s promised child, a solemn baby with dark hair and striking, turquoise eyes. Several weeks later a Catholic priest baptized my mother, Mary Rebecca Pinder Porreca. From their bird’s-eye-view in heaven, the Pinders heaved a collective mournful sigh. Poor little Mary was doomed to hell unless she recanted her mother’s idolatrous mix of faiths and purified her soul with the one true Protestant religion. Perhaps that explained her dour expression. Nothing less than eternity was at stake.