A Mermaid Lends a Helping Hand 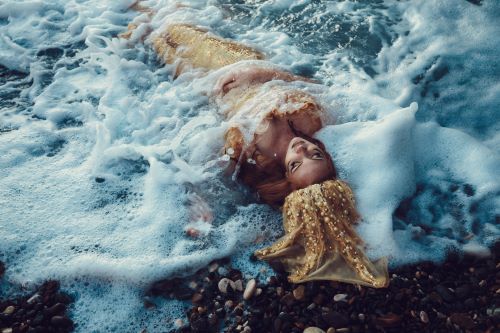 A Mermaid Lends a Helping Hand

By Victoria Foyt
My name is Nerida and, like the proverbial letter-in-a-bottle that for centuries my kind have found on distant shores, I am sending out my thoughts to gather hope and encouragement for my human’s predicament. I would be grateful if you would read this with an open heart and offer your support. Who knows, maybe one day, I may send a perfectly magical shell your way.

One week ago, when the earth was closest to the sun, I followed a warm current towards a shell-encrusted shore that I often patrol. I swam past a school of tarpon that shined like rainbows in the glittering sunshine, eager to reach Sanibel Island. My handmaidens, Issy and Nixie, a mated pair of bottlenose dolphins, as the humans labeled them, followed at a respectful distance. To me, they are simply Kai and Marin. Any mermaid worth her salt was assigned a pair for protection; mine had been with me since birth. We are like siblings, I suppose, and can read each other’s intentions with a mere flick of our tails. Words are, after all, such a clunky, tedious form of communication.

Oh, didn’t you know that we merfolk study the two-legged creatures with whom we share an ancient line of ancestry? Truth be told, humans fascinate us. It is common for our kind to identify a human being and follow the creature’s progress throughout life. We consider it our duty, as well as a pleasure, to help our humans whenever possible. I imagine your thoughts spinning in a tangle, as they often do. You may wonder how merpeople who live in the vast expanse of the ocean might help humans who walk upon the land. If only you understood us, you would grasp the perfection of this arrangement.

I had chosen a female like myself, who was known as Angel del Corazón and had a teenage daughter named Faith. Angel’s mother’s mother, Willow, who had lived on Key West, was the first in their family to interact with my pod. My grandmother had adopted Willow as her pet mission. Unlike most humans, Willow possessed a unique porousness, which made her unusually receptive to grandmother’s teachings. She grasped the magic of shells and used them creatively in assemblages with the intention to enlighten others. Alas, her own daughter, Mary, found Willow’s work ridiculous. And when it fell to my mother to watch over Mary, mother spit out a refusal. Mary was as calcified as a dead conch shell, her heart closed to something as simple as reading the waves.

As a young mermaid I learned from the swirling currents that passed between my elders whenever they discussed the humans in their charge. The choice of protege is a rite of passage that all merfolk relish, and although I could have chosen anyone, Mary’s daughter, Angel, was an obvious fit. I was determined to outshine even grandmother’s efforts with Willow who by the end of her life not only understood our language but also lived in a state of bliss, the birthright of all Mother Earth’s creatures.

Now my Angel was suffering a broken heart and her sadness weighed against my usual state of buoyancy. It will be easier for you to understand the relationship that existed between us if I explain the following: all of life is simply energy. Although I might be leagues away from Angel, I can connect to her thoughts and feelings. This information reaches me in waves, not unlike the way water moves. In turn, I can send energy to her in the form of encouragement or ideas or even a gentle nudge to open her heart. For you see, without an open heart, communication is not possible, neither the transcendent form that merpeople practice nor through words. Of course, I am referring to true communication, the kind that speaks to the heart. Although Angel may not be aware of me, specifically, without a doubt she senses the influence of the Sea Goddess. I know because I often hear her curse our great mother, Yemáya.

At a low point in her life, Angel had decided to lie about her past and told her young daughter that her father was dead. Please don’t be quick to judge. Angel’s actions sprang from a place of great fear and the desire to protect her offspring. More than anything, she hoped to free Faith from past patterns of loss and longing and abuse that she and her mother and her mother’s mother had suffered.

Now the past has come back to haunt Angel and the rupture between mother and daughter is serious. Even more, Angel is using the problem to distance herself from a good man who is offering her true love and affection. I have worked hard over the years to encourage my human to once more open herself to love. As you can imagine, I am not happy about the current situation. For now, I have resolved to stay close to the beach on Sanibel where Angel and Faith live and exert the sea’s healing influence until their hearts may blossom.