The Magical Power of Seashells 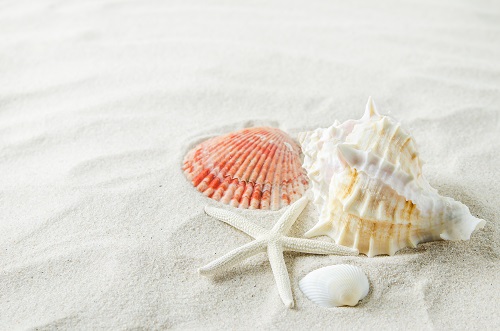 The Magical Power of Seashells

Seashells have captivated children and adults alike for centuries. In some religions and occult practices, these beautiful, timeless entities are considered otherworldly treasures with magical powers. Since seashells are found on the shore, revealed after the tide changes, they are believed to have sprung up from the space between two worlds: the earth and sea.

Many of us learn at a young age how to hear the wondrous sound of the ocean by lifting a seashell to one’s ear. According to many occult traditions and metaphysical practices, there are many other magical properties of seashells. Each shell is unique and amazing—they can be used as everything from jewelry, décor and wind chimes to objects for meditation, prayer and divine creativity. Many have properties that symbolize elements including emotions, love, intuition, healing, fertility, prosperity and abundance.

Read on to learn what a few of these enchanting shells can represent for your life and what you seek to manifest.

Oysters are well-known aphrodisiacs. Their hard shell and soft insides represent both masculine and feminine characteristics. While the hard shell protects the life of the oyster, the pearl inside is associated with femininity and lunar forces—a pearl is shiny and iridescent, just like the moon. Together, they promote balance, harmony and love, even in volatile environments. Some traditions believe that an oyster’s shell can attract love into your life.

The cowrie shell has a unique, egg-shaped appearance (often likened to a vulva shape) that has been used all over the world as décor, currency and religious amulets. They have a beautiful polish that symbolizes luxury and refinement. The cowrie shell is a sacred symbol of fertility and love goddesses in several traditions and is used for divination in practices stemming from African and Afro-Caribbean occult.

With its elongated spiral and pointed tip—considered a phallic shape—auger shells often represent male Gods in spells or on altars. With a wide variety of sizes, Auger shells come from predatory sea snails. They have a venomous tooth that gives them an ominous, aggressive characteristic and makes them the terror of marine worms. In the occult, they are attributed to Mars and commonly used in magic wands, protective charms and headdresses.

These beautiful mollusk shells feature the gamut of iridescent colors from the sea and sky, with an interior of nacre, the material found in pearls and mother-of-pearl. Abalone shells are believed to have a divine energy that is connected to the heart, third eye and crown chakras. They are thought to evoke inspiration, imagination, clarity, peace, abundance and compassion, while promoting emotional balance and protection. Wearing jewelry or an amulet made from Abalone shells is said to impart calmness and feelings of well-being that help resolve and recover from emotional issues and relationship turmoil. Abalone shells have especially sacred meanings in Polynesian and Native American religions, where they are often used as a vessel for smudging.

This familiar seashell and its shape has sacred meaning in Christian Europe, as an emblem of Saint James the Apostle, commonly used on altars and in cathedrals. Scallop shells also represent travel and movement. In medieval Christianity, they were considered a badge representing the completion of a spiritual pilgrimage or quest. Adding a scallop shell to one’s altar is an excellent way to help reach your travel goals.

While starfish are not technically seashells, they are very magical part of marine life. These spiny sea creatures have the power to regrow limbs and recover their star-like shape in the event of injury. This makes them perfect for use as charms to boost strength, healing and recovery. Their star-like shape makes them a symbol of luck, renewal and heavenly power, often associated with the Gods and Goddesses of various traditions. When one wears some form of the Starfish, it is thought to protect sensitivity and help the wearer adapt and thrive in wide-ranging surroundings.

Click here to learn more about seashells and discover the magic of Sailors’ Valentines.