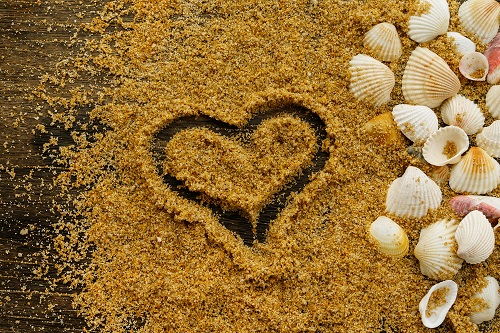 Faith hurried across the parking lot at the College of the Florida Keys. She had decided at the last moment to apply for admission and had missed the first week of classes. Today, her waitress shift at Howard Johnson’s ran overtime. She checked the classroom number on the paper in her hand and pushed through the door, caught by a wave of attention.

Breathless, she looked at him, attracted by the openness in his face. Behind the tortoise-shell glasses, his brown eyes were easy to read. He was attracted to her. His name was written on the chalkboard in bold letters, Richard Bookman.

“Sorry I’m late.” She took the only empty seat, in the front row, and stifled a yawn.

“Am I boring you already?” Bookman said with a twinge of amusement.

As the class laughed, Faith fought the impulse to leave. She didn’t belong here with a bunch of carefree kids. The criminal case against her father had exhausted her. In the end, once he entered a treatment program, she had agreed to drop the case. If only she could let go of the nagging worry that he’d relapse and cause her or her mother harm once more. Her arms tensed at the memory of being tied to the chair and his erratic, angry outbursts. The room began to spin. The teacher’s voice drifted away. Faith struggled to remind herself that she had no power over her father’s drinking. She could only turn her fears over to a Higher Power—whatever or whoever: Yemayá, Jesus, even the beautiful Queen Conch shell. One day at a time.

Avoiding his look, she focused on her textbook. Soon, his passion for the stylistic differences between Fitzgerald and Hemingway inspired her. Maybe she could rediscover the hopeful girl she once was.

At the end of class, Bookman beckoned her to his desk. “You need to sign in.”

She handed him the registrar’s receipt.

“Faith de la Corazon. What a beautiful name.” He pinned his gaze on her. Was she imagining his next thought? For a beautiful girl.

She wanted to tell him it was the first time a stranger had said her real name aloud. And how good it felt. Nothing came out of her mouth. Her chest felt tight. Forget it, he was nothing like Wayne. One day at a time.

“It was really great. Just what I needed.”

“Um…” She had the feeling he wanted to hear her story. She also suspected she would tell him some day. “It was a long summer.”

“Not long enough for some. See you next week, Faith.”

“Yeah.” She smiled shyly as she turned to leave.

The old Chevy rattled and snorted as she turned over the engine. The dynamic sound of Celia Cruz filled the cab and, as Faith drove through the narrow streets, the town’s carefree atmosphere lifted her mood. Patience, she heard a small inner voice say. That whisper of knowingness, as light as the breeze on her face, had grown clearer as she’d fallen in love with shell work. She thought about her plan to make money selling Sailors’ Valentines, along with shell-styled décor items: take some business classes; ask Max to help establish a supply chain; perhaps Mom could weave Sailors’ Valentines into a Stella The Starfish story line. What would Faith call the business? Shell Magic, Inc.?

She parked in the street and walked to the low-slung apartment complex. As she brushed against the shell chime by the door, it tinkled behind her.

“I’m home,” she called out, heading to the hobby room.

“How was school?” Her grandmother Mary bustled into the room with a bundle of fresh laundry.

“I hope so,” she said, as the thought of Richard Bookman flitted into her mind. “It’s just not what I expected, you know?”

“It never is, dear.” Mary cast a glance at the valentine in progress. Its legend read: One Day At A Time. “And yet the pieces fit together exactly where they belong.”